“We are caught in an inescapable network of mutuality, tied in a single garment of destiny. Whatever affects one directly, affects all indirectly.”
― Rev. Dr. Martin Luther King Jr.

Tulsa Metropolitan Ministry is a multi-faith organization serving the greater Tulsa metropolitan community. TMM was founded in 1937 as the Tulsa Council of Churches, a collection of Protestant congregations. In the mid-1960’s, the Council became the first of it’s kind in the United States to welcome a Roman Catholic congregation into membership, as well as reaching out beyond the racial divides, inviting churches with people of color as their predominant membership.

In 1971, the Tulsa Council of Churches joined with Jewish and Unitarian congregations to form Tulsa Metropolitan Ministry, becoming one of the first interfaith ministries in the United States. The Muslim community joined in 1983, and more recently Tulsa’s Buddhist and Hindu communities.

We do not gather to disregard our difference, but to celebrate and engage it. Recognizing the great religious and cultural diversity within our community we seek to find common ground, knowing that our entire community is stronger in our interconnectedness.

From its beginning, TMM has been a key player in helping start some of Tulsa’s most far-reaching and successful programs and organizations such as: 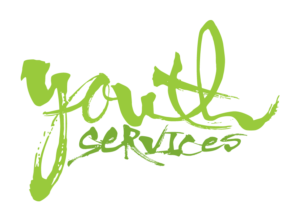 These agencies serve as symbols of TMM’s continuing quest to bring Tulsans together to better serve the entire community.

©2021 Tulsa Metropolitan Ministry
Built by PMB based on Charity WP designed by ThimPress. Powered by WordPress.